Hi folks,
Some updates on the progress of the building phase. The hull is now completed. Next is commencment of the turret assembly.

1)Driver's Periscopes Modifications: For the driver's, it is originally moulded for the periscope mounts to be closed, however, an operational vehicle will definitely have periscopes mounted on. Thus I modified this by removing the top moulded portion for each periscope mount (see below).

After the top portion is removed, I used periscopes extras from the previous Stryker kit. 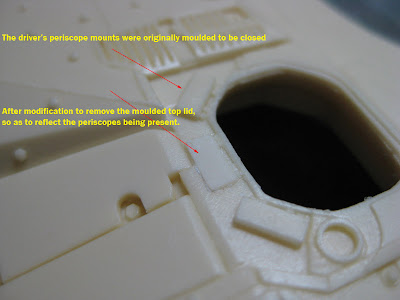 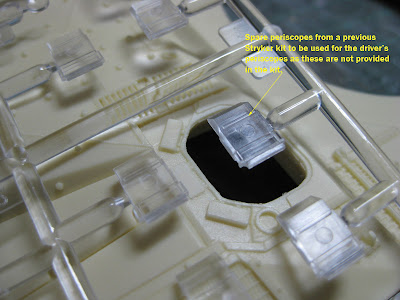 2)Rear Fuel Cells assembly: The fuel cells added. However, the fuel cells are longer than the height of the hull, thus the bottom part of fuel cell had to be clipped off to make it flush with the hull bottom. (see picture below) 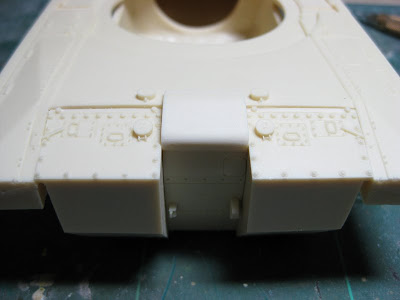 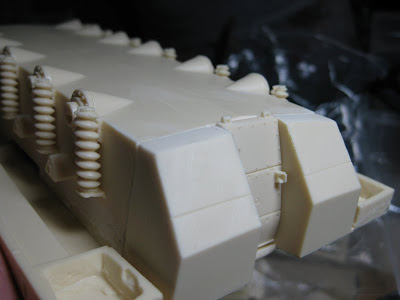 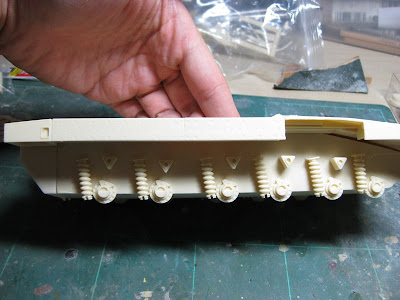 4)Roadwheel arms + Roadwheel assembly: This being a resin kit, is much heavier than normal plastic kits. The normal support from the roadwheels/roadwheel arms won't be sufficient to support the heavy upper hull & turret, especially.
Thus I did some modifications to add 1.5mm diameter brassrods in each of the roadwheel+roadwheel arm set to further strengthen it. See below for the illustrations. 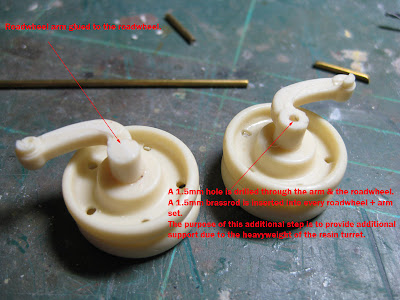 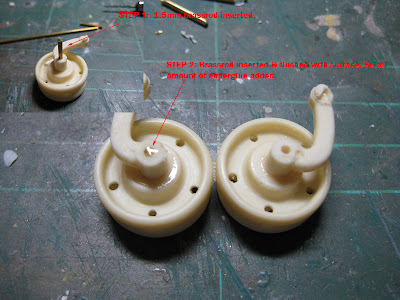 5)Lower hull + roadwheels Assembly: As above, the brass rods were also added to the joint between the roadwheel arm & the lower hull. However, only 3 on each side had the brassrods unlike each roadwheel having the brassrod insertion. 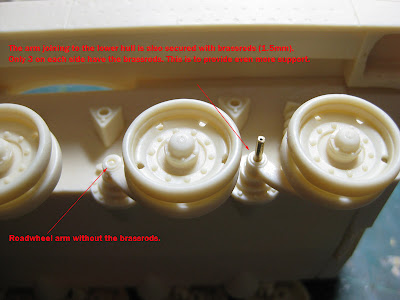 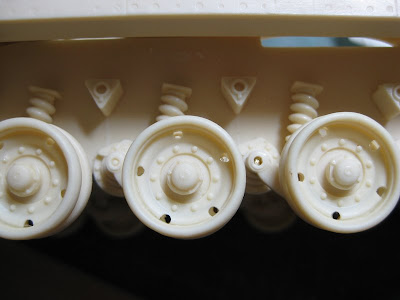 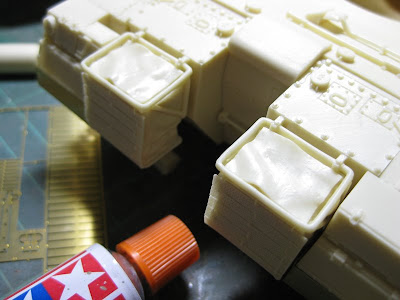 7)LIC modifications: LIC version of the Merkava 3D is adapted for fighting in built-up areas. Additional parts are mounted on for added protection to prevent sabotage of the vehicle's exhaust system as well as crew protection(later details in the turret assembly).
Exhaust area has additional wire mesh. This is photoetch parts provided in the kit. 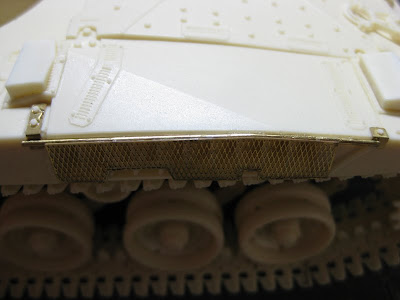 For the driver's hatch, some slight adjustments made so that there were no gaps between the hatch and the opening in the hull(there originally was some gaps). This was done using some plastic sheet & putty. The hinge of the hatch too was patched up as there were some holes along the side. 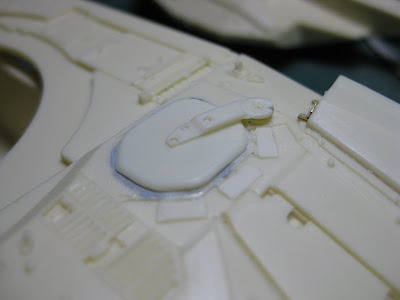 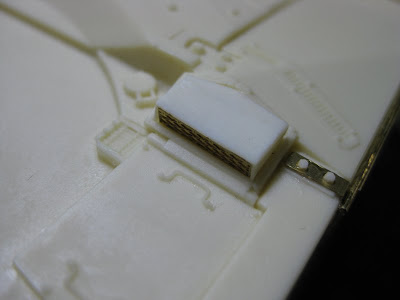 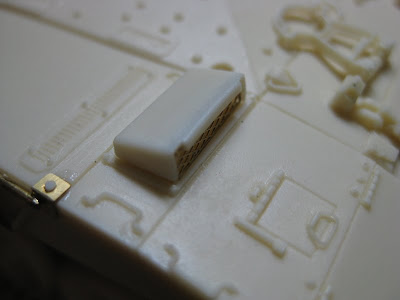 The last LIC modification to protect the grill areas on the upper hull. Purpose-prevent sabotage. 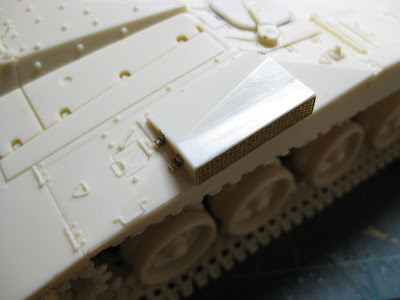 8)The completed lower hull with tracks: Resin tracks are provided in the kit as link & length parts. HOWEVER, as per experienced in my previous Merkava 4 full resin kit, there are NOT ENOUGH TRACKS!!
SO! Some improvisations, as you can see below, the covered up portion on the left side has missing sections of tracks, these will be covered up by the bazooka plates once the entire model is completed, thus not visible. Though LEGEND does sell the tracks set for the MK 3, din see the point to spend more$ for just a few more track links...:P 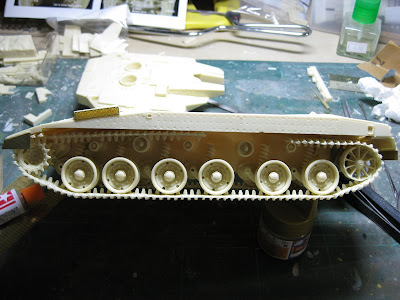 Right side of the hull has the complete tracks. 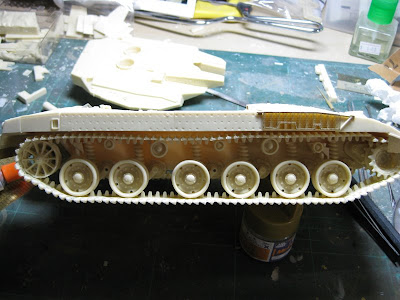 Next up is the assembly of the turret components...