Some updates after about a mth since the last post. The primer coating has gone onto the model.
Same as my stryker, did a pre-shade for this one as well. However, added some post-shading as well cause by the time the final layer was applied, almost half of the pre-shaded areas were covered...

1)Primer applied. The side skirts were attached and the entire vehicle primed. 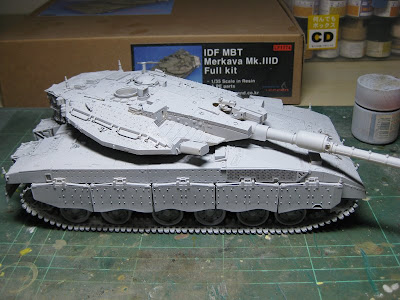 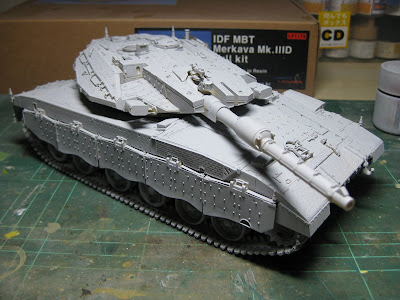 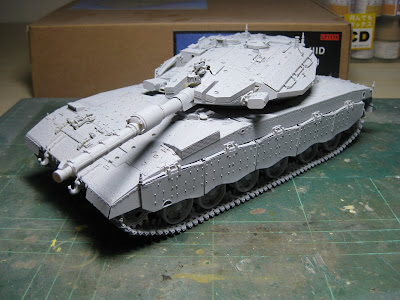 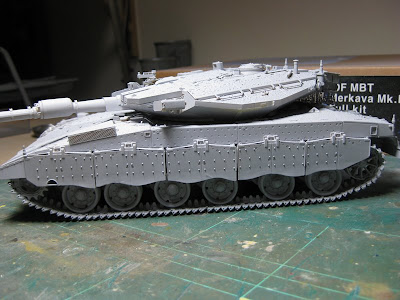 2)The entire vehicle was then pre-shaded in black, to give the shadows in the recessed areas & panels. (No pic taken for this). The paint mixture used was a)Middle stone, b)grey, & c)sail color, in various shades with middle stone as the base color.
3)Middle stone + 1/5 black was misted onto the vehicle, lighter layers of middle stone added on. See below, left pic, is middle stone + black, moving to the right pic, is lighter shades of middle stone. 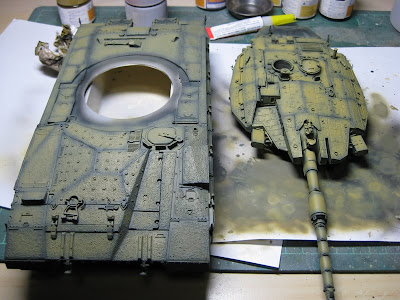 Compare the difference on the side skirt panels, left side is the darker earlier layers, right side is the lighter shades. 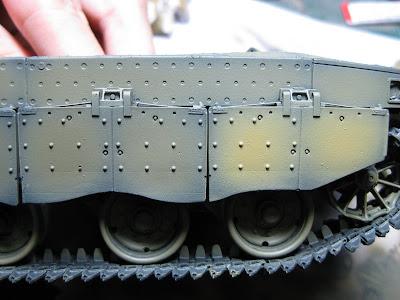 4)Shades of grey were added as i wanted to give the final look more predominantly greyish brown. the top panels of the hull & turret were lightened further with more grey & sail. This is to reflect lightened top areas when sunlight shines on the horizontal surfaces.
(see pic below)
5)Post shading: Post shading was done to enhance the shadows further as some had been covered up already. Middle stone + black, thinned with thinner was shaded over the panel lines in thicker lines.
6)Post shading 2: More black added, thinned further, and narrower streaks were applied over earlier shades to further deepen the shades, to create a variation of shades.
7)Applying decals: The decals were from Isradecal. Areas where the decals were applied were first glossed over and the decals subsequently applied. 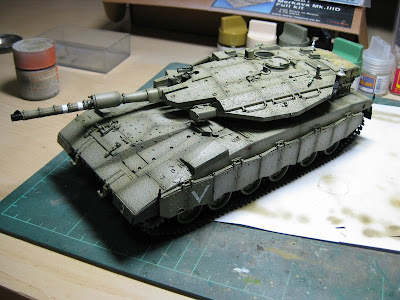 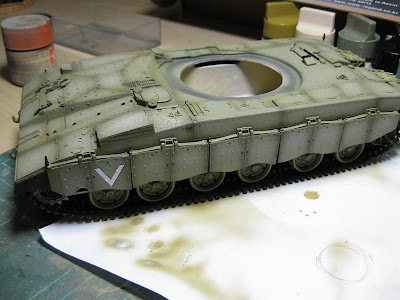